STD clinics struggle with surge in patients amid outbreak 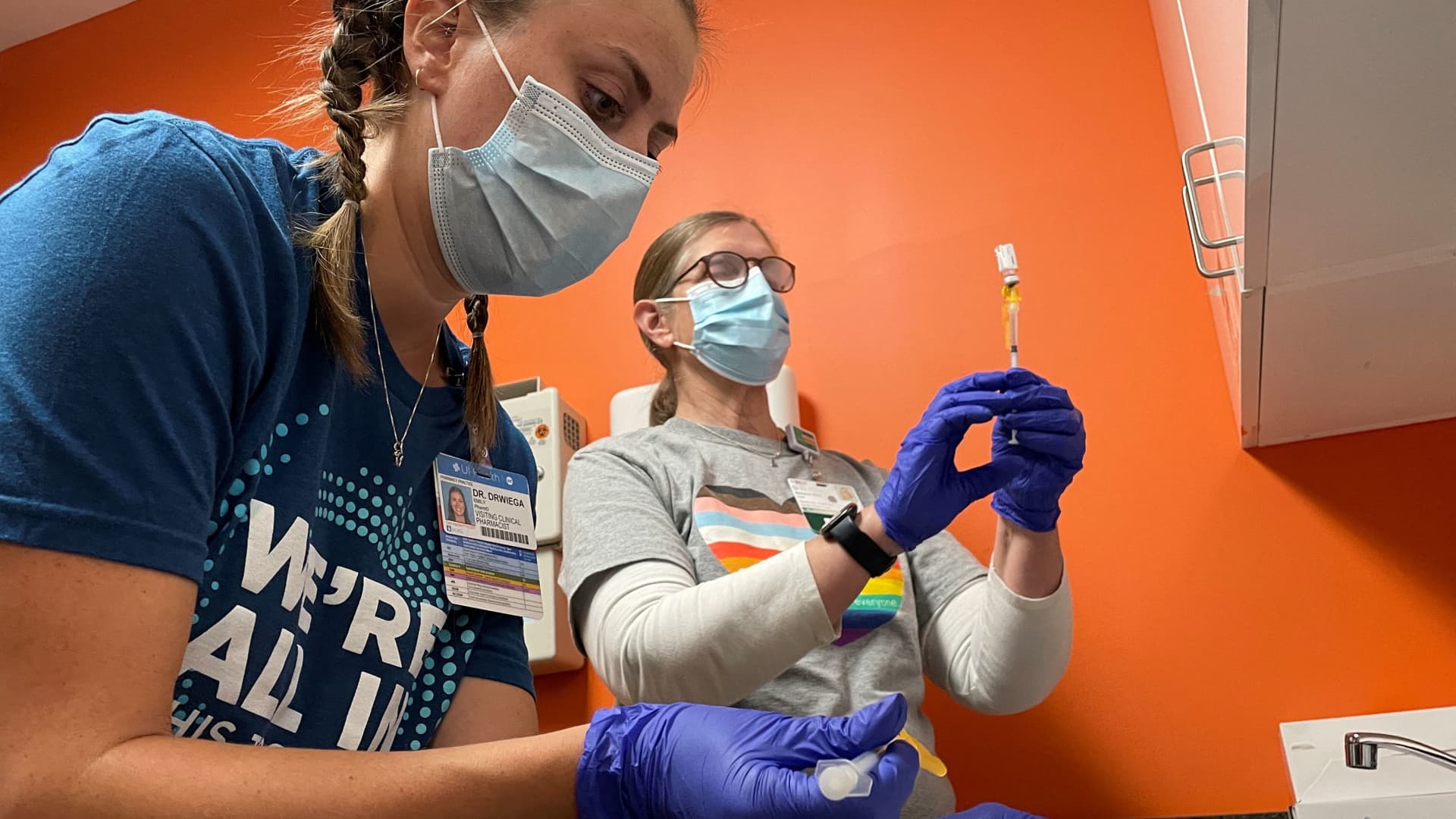 Dr. Ward Carpenter, co-director of health services at the Los Angeles LGBT Center, said the monkeypox outbreak across the U.S. is worse than imagined.

“We’re just as busy, just as stressed out and living in just as much chaos as at the beginning of Covid,” he said.

The Los Angeles LGBT Center has had to shift so much of its staff to respond to the outbreak that it no longer has the capacity for urgent and walk-in care for its patients, Carpenter said. The center is providing monkeypox vaccinations, testing and treatment on top of its normal services, which include primary care, HIV care, sexual health, women’s health and mental health.

“We’ve got people who have nothing to do with this sort of work who have stopped doing their normal jobs and have started working on this response,” Carpenter said.

U.S. health officials designated monkeypox as a national health emergency on Thursday as cases surge and clinics struggle. STD clinics in major cities across the country are serving as the first line of defense in trying to contain the virus in the U.S., offering care and guidance to gay and bisexual men who currently face the greatest threat from the disease.

A surge of patients who need vaccines, testing and treatment for the disease as infections rise are putting pressure on a system already strapped for resources after years of underfunding, physicians say.

Monkeypox is spreading primarily through skin-to-skin contact during sex. Since the United Kingdom first alerted the world to the presence of the virus in May, sexual health clinics across the world have been the eyes and ears of national public health systems, identifying unusual symptoms that diverge from the usual description of the disease in medical literature.

Physicians at clinics in Los Angeles and Chicago, major centers of the current outbreak in the U.S., say they are struggling to keep up with the demand for vaccines, testing and treatment from the communities they serve and are in need of financial support to respond to the outbreak.

The U.S. has reported more than 7,000 cases of monkeypox across 48 states, Washington, D.C., and Puerto Rico, according to the Centers for Disease Control and Prevention. The outbreak has spread swiftly since health authorities in Boston confirmed the first U.S. case in May.

Monkeypox is rarely fatal, and no deaths have been reported in the U.S. But some patients suffer pain so excruciating from the rash, which often develops on the genitals or anus, that they require hospitalization.

“Unless you potentially experienced pain in these sensitive areas, it’s hard to maybe conceptualize what this is, but this is not something that’s cleared up with some antibiotics in a matter of days. People are living with this pain for weeks” said Dr. Anu Hazra, a physician and infectious disease expert at Howard Brown Health in Chicago.

Though gay and bisexual men are currently at the highest risk, public health officials have repeatedly emphasized that anyone can catch monkeypox through physical contact with someone infected with the virus or via contaminated materials such as towels and bedsheets.

“Monkeypox doesn’t care if you’re gay. It doesn’t care what kind of sex you have,” Hazra said. “Monkeypox only cares if you were in close contact with another person that has monkeypox.”

Carpenter said the U.S. has the opportunity to contain the outbreak while it is still mostly limited within a close-knit community of gay and bisexual men, but as infections rise, the risk grows that the virus will start spreading more broadly.

“We’ve now had two in a row, outbreaks that were not managed in a way that allowed them to be contained,” Carpenter said. “This is going to take a coordinated and committed and comprehensive public health strategy that goes from top to bottom and treats it just as seriously as Covid was,” he said.

The Los Angeles LGBT Center knew in early May that monkeypox was going to become a major health issue for the communities it serves after cases reported in Europe indicated transmission was occurring in sexual networks of gay and bisexual men, according to Carpenter.

“We knew from very early on that this was not going to be behaving like the book,” Carpenter said. “We’re learning not only from the books, but as we go and seeing clients, we’re actually learning what this new outbreak is looking like and how it differs.”

More and more patients started coming in for screenings in late June as Pride month wrapped up, Carpenter said. The center is testing up to 15 people a day, and patients who have sexually transmitted infections now need a full skin exam to see if they might have monkeypox as well.

Hazra said the number of people coming in for monkeypox screenings at Howard Brown Health in Chicago has increased exponentially since May.

Some U.S. lawmakers and local communities have criticized the pace of the federal government’s response, but Health Secretary Xavier Becerra said last week the Biden administration has done everything it can to ramp up the availability of vaccines, testing and treatment to fight the outbreak.

More than 100 members of Congress told President Joe Biden in a letter late last month that the administration needs to do more to support sexual health clinics on the front lines. They called on Biden, Becerra and CDC Director Rochelle Walensky to devote at least $30 million in funding for clinics that are battling the outbreak through the CDC’s division of STD prevention.

“If we do not provide sufficient funding for our nation’s STI clinics now, it will become significantly more challenging to eradicate monkeypox in the months ahead,” wrote Reps. Jerrold Nadler, D-NY, and David Cicilline, D-RI in the letter.

Hazra at Howard Brown in Chicago said Covid showed that public health in general is chronically underfunded. Sexual health is even more ignored, he said. Federal funding for STD prevention has declined 41% since 2003 when adjusted for inflation, according to the National Coalition of STD Directors, a national association of state health officials that work in sexual health.

Though monkeypox is not classified as an STD, sexual health clinics are the primary point of care for many people who have the virus, which causes a rash that can be confused with sexually transmitted infections. A survey of 80 clinics in late July found 40% had unanticipated costs for supplies and personnel due to the monkeypox outbreak, while 65% stopped taking walk-in patients and shifted to appointment only due to capacity issues, according to the coalition.

“There’s absolutely not enough funding,” Carpenter said. “Local health centers like ours play a really important role in responses like this, but we don’t have the capacity to turn on a dime, shift and double our capacity to be able to handle whoever needs it.”

Carpenter said the demand for monkeypox vaccines is enormous and is still outstripping supply. Staff spent all day, every day vaccinating people last week, he said. They have administered 1,500 doses of the vaccine so far.

The center recently told patients to book appointments for the shots after receiving more supply. Half the appointments were filled in two hours and all the slots were booked by the end of the day, Carpenter said. Los Angeles has received about 24,000 doses from the federal government, according to the county health department.

CDC Director Dr. Rochelle Walensky acknowledged last month demand that supply of the two-dose monkeypox vaccine, Jynneos, is limited, which has led to lines outside clinics and protests in some cities. The Health and Human Services Department has ramped up shipments to state and local health departments, with more than 600,000 doses delivered since May.

HHS made 786,000 doses available to state and local health departments last Friday. The city of Chicago received an additional 15,000 doses of the vaccine last weekend in addition to 7,000 delivered in July. But Hazra said that’s still not enough to meet the demand of at-risk men who have sex with men estimated at between 40,000 to 50,000 people in the city.

“We are currently scheduled out three weeks in advance in terms of a vaccine appointments,” Hazra said. Howard Brown Health has administered 2,800 doses to date.

The governors of California, Illinois and New York have all declared emergencies in response to the outbreak, in part to support the vaccination effort. But Carpenter said the vaccination campaign needs to expand so anyone who thinks they’re at risk for monkeypox can get the shots.

In Los Angeles, the vaccination campaign is focused on people who are taking medicine, called PrEP, that reduces their chance of contracting HIV and individuals who have had a gonorrhea or syphilis in the past year, according to Carpenter. This information is used as a way to identify people who are considered at high risk of contracting monkeypox.

Walensky said this week there are 1.7 million gay and bisexual men in the U.S. who are considered at highest risk for monkeypox because they are either HIV positive or taking PrEP. People with weakened immune systems, such as individuals with HIV, can suffer more severe symptoms from monkeypox.

The approach is far from perfect, Carpenter said, because there are many people who haven’t caught an STD in the past year who are also at risk for monkeypox.

“What we really want to do is get to the point where we can vaccinate everyone who wants it,” he said. “We’re still not anywhere close to that. We are really trying to focus on the people who are most at need, most at risk. But that’s not a successful public health strategy.”

Testing has become significantly easier since the beginning of the outbreak after the CDC brought commercial labs on board, increasing weekly capacity around the U.S. to 80,000 tests per week.

“We are nowhere near that capacity right now,” Hazra said. “The testing bottleneck has loosened which is helpful.”

But even with increased testing, the U.S. still is likely not capturing the true extent of the outbreak. Clinicians swab the rash caused by monkeypox to collect the specimen for the test. But the rash in some cases can take weeks to develop after the initial exposure to the virus. This means there are people who are infected but can’t get tested because they don’t yet have a rash.

Carpenter said the CDC has also made it significantly easier to prescribe the antiviral tecovirimat to patients who have monkeypox. Tecovirimat is only approved by the Food and Drug Administration for smallpox, so prescribing the drug to treat monkeypox comes with an additional layer of bureaucracy.

Initially, physicians had to fill out a 120-page document for every patient who need the antiviral, Carpenter said. The CDC has significantly slashed the bureaucratic burden through an online form that autopopulates, making the process much easier, he said.

Hazra and Carpenter said they haven’t experienced issues with getting supplies of tecovirimat. The U.S. has 1.7 million courses in the strategic national stockpile, according to HHS.

Hazra said the White House has been responding to the outbreak, but he said more resources and outreach should have been available before now. He said Pride month could have been better leveraged to vaccinate people and educate those at risk of infection.

“I think there was a lot of time that went by that was unfortunately wasted,” he said.

Source: STD clinics struggle with surge in patients amid outbreak

WASHINGTON, D.C.: An antibiotic taken after sex without a condom can drastically reduce the rate of three bacterial sexually transmitted diseases (STDs) among high-risk groups, data from a clinical study 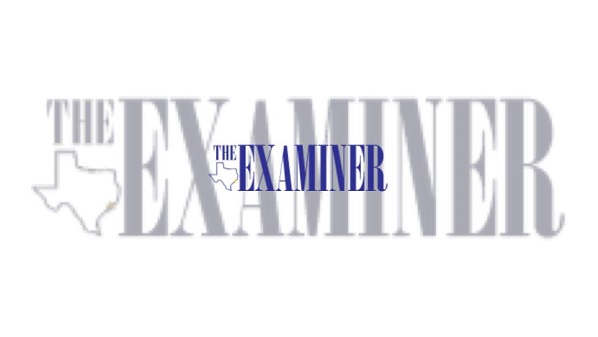 Freeze warning Southeast Texas temperatures are expected to reach freezing temperatures over the holiday, with officials warning of possible treacherous roads with weather woes. The city of Port Neches City